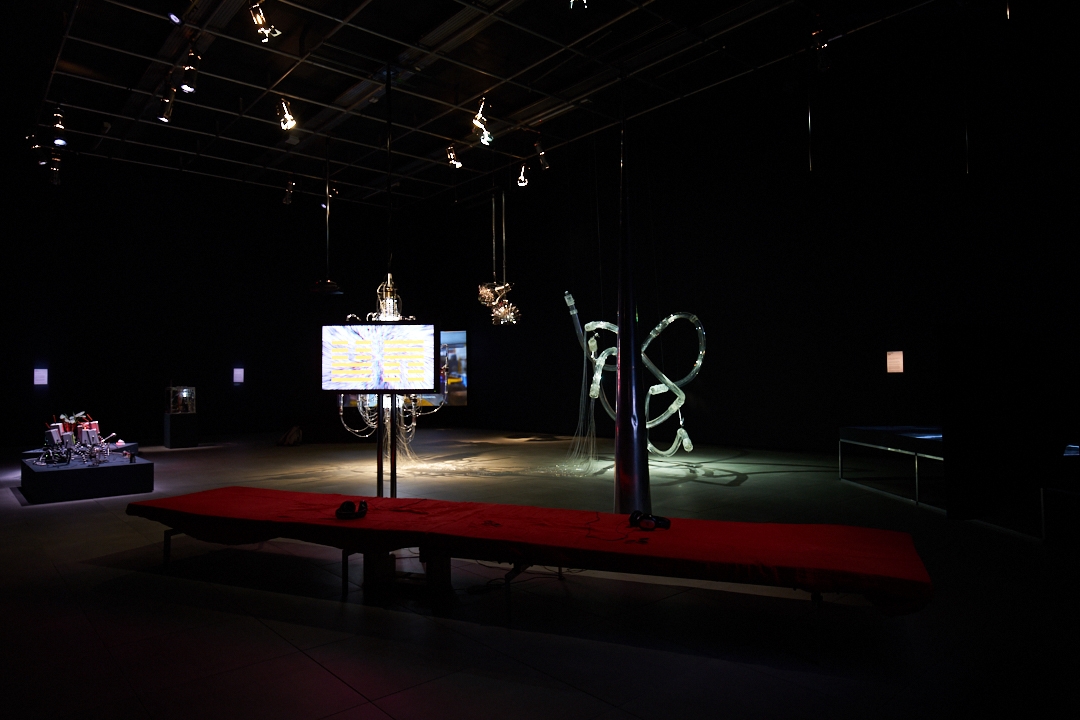 Lea Porsager (Denmark, 1981) is an artist who graduated from the Royal Danish Academy of Fine Arts, Copenhagen, and the Städelschule in Frankfurt am Main in 2010. She began her studies as a PhD fellow at Malmö Art Academy and Lund University in 2015. Porsager’s practice interweaves fabulation and speculation with a variety of mediums including film, sculpture, photography, and text. Her works encompass science, politics, feminism, and esotericism. Porsager participated in Documenta (13) with the Anatta Experiment. She was awarded the Carl Nielsen and Anne Marie Carl-Nielsen Scholarship in 2014. In 2015, Porsager partook in the 14th Istanbul Biennial Saltwater: a Theory of Thought Forms as Annie Besant’s “medium,” recreating thirty-six of Besant’s watercolours from the book Thought Forms (1905). Porsager's earthwork and memorial Gravitational Ripples was inaugurated in June 2018 in Stockholm, Sweden, commemorating the Swedish lives lost in the 2004 tsunami in Southeast Asia

Quantum : In Search of the Invisible

We are currently working on our new building. A full re-opening is projected for February 2020. We will have new public opening hours by then.