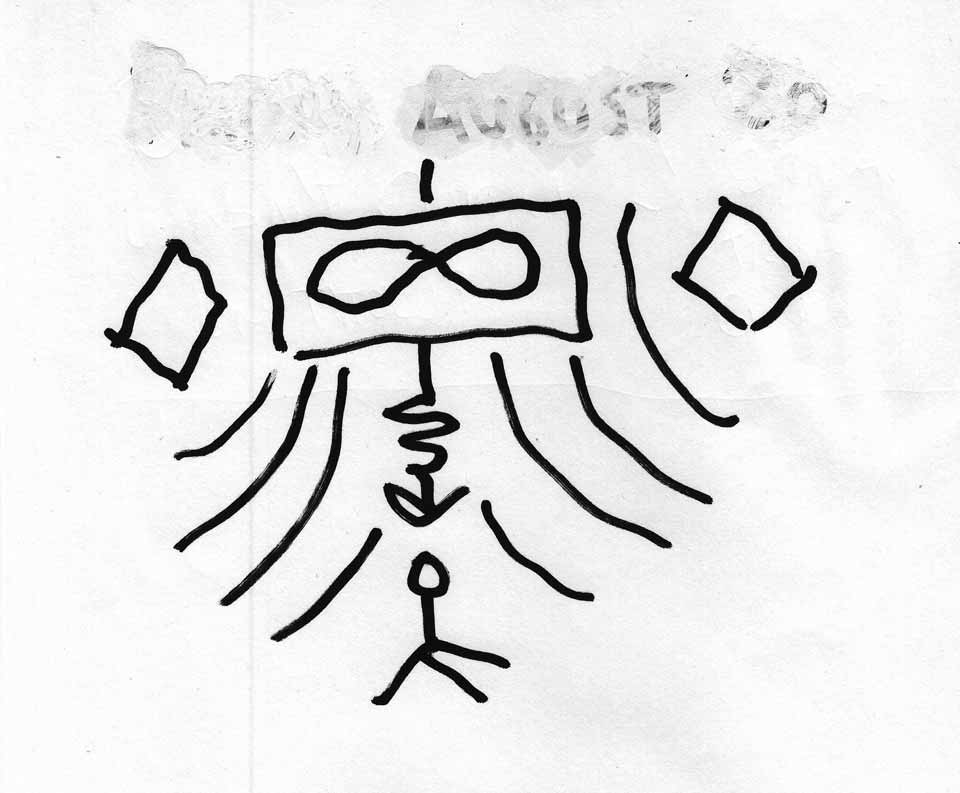 Cinema Parenthèse is a platform that invites alternative filmmakers and screens films in their original format. For this edition, they invite Bruce McClure & Alex Mendizabal.

For over twenty years Bruce McClure has been making performances that explore the fundamentals of the experience of projected film, where often the technology is modified and augmented so that it becomes arguable whether we are seeing a ‘film’ or something else.

In this new work Bruce McClure will perform with four fans, loudspeakers and 16mm film projector and loops. This will be preceded with a new work by Alex Mendizabal, the details of which will declare themselves during the event itself.

"TOWER Chamber scene. Boxed. Ordinary bedroom set.
Slipping through those and playing down from the conning towers all differing as clocks from keys since nobody appeared to have the same time. Rotables, have quadrants in its title chances to long on but stands up to legs is escape master-in-chief from all sorts of places broached by the spin of towers amid the lampless. Casting swan beams on sends whispers up frau-frau's frou-frous; arranging tumblers on table. Ah ho ! Fontmouther."