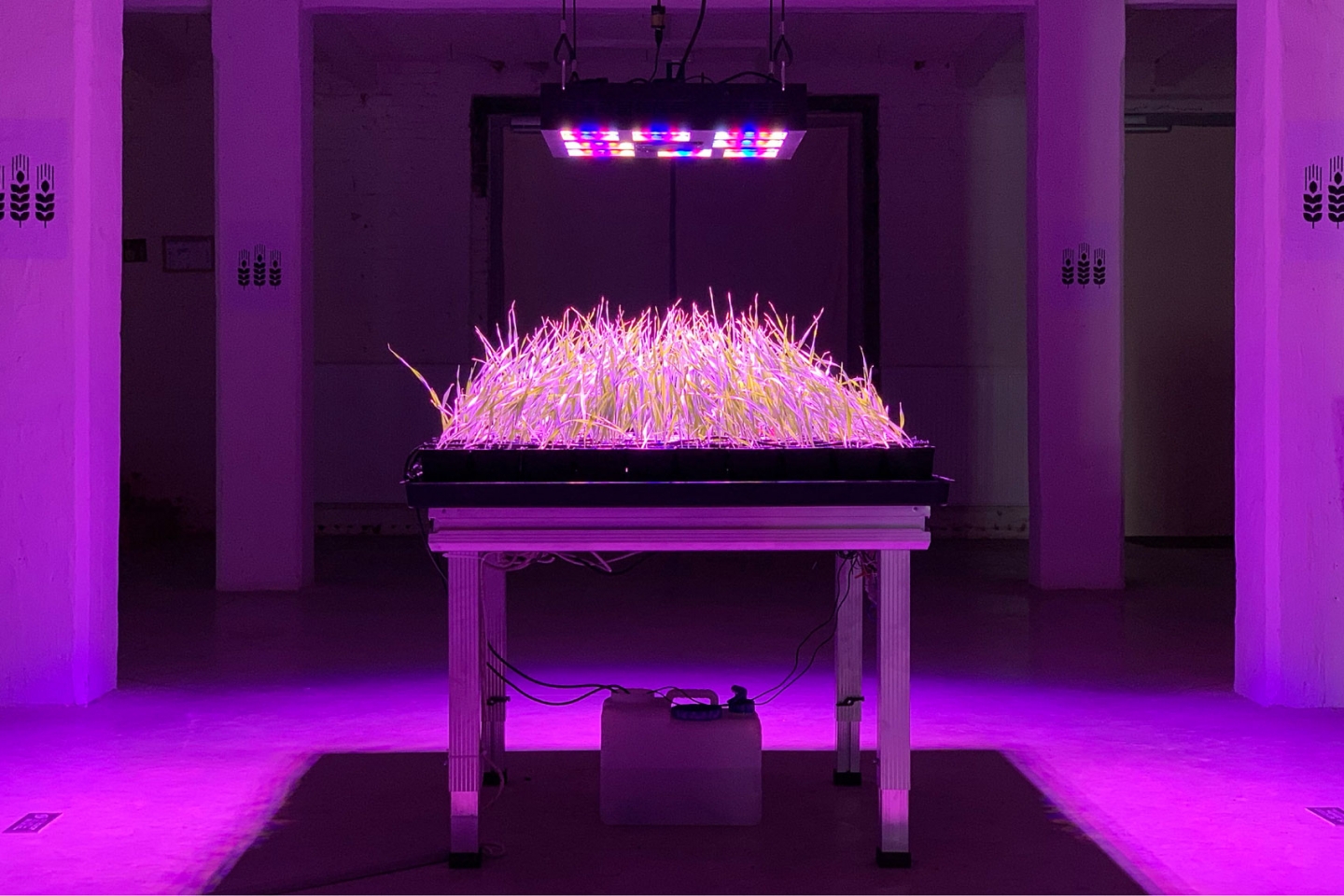 “Vertical farms in cities can produce — profitably — hydroponically grown leafy greens, tomatoes, peppers, cucumbers, and herbs, all with far less water than conventional agriculture requires. But the produce contains merely a trace of carbohydrates and hardly any protein or fat. So they cannot feed cities, especially not megacities of more than 10 million people. For that we need vast areas of cropland planted with grains, legumes, and root, sugar, and oil crops, the produce of which is to be eaten directly or fed to animals that produce meat, milk, and eggs. The world now plants such crops in 16 million square kilometres — nearly the size of South America — and more than half of the human population now lives in cities. [...] Vertical farms can’t substitute for much farmland, and the claims made for them have been exaggerated. ” [1]

Solar Share (The Farm) seeks to demonstrate a fundamental and paradoxical challenge to the proposal from agro-industries (and preppers alike) to provide for the nutritional needs of large urban populations in times of climate uncertainties, through grow houses and other artificially controlled environments. This 1 square meter exper- iment makes manifest the vast technical infrastructure and energy flows required to grow such staple as wheat in an artificial environment. In today’s economy it is profit- able to artificially produce agricultural products with high water content such as leafy greens and tomatoes.
However, from a systemic understanding, this apparent profitability depends on the availability of cheap fossil energy, unaccounted for resource extraction and pollution all over the globe, incurred in subordinate processes from mining and electronics manu- facture, to international freight. The present experiment seeks to reveal the numerous layers of invisibilised interdependencies, and to provide a speculative reference reck- oning of the incalculable ecosystem services at play in conventional agriculture.