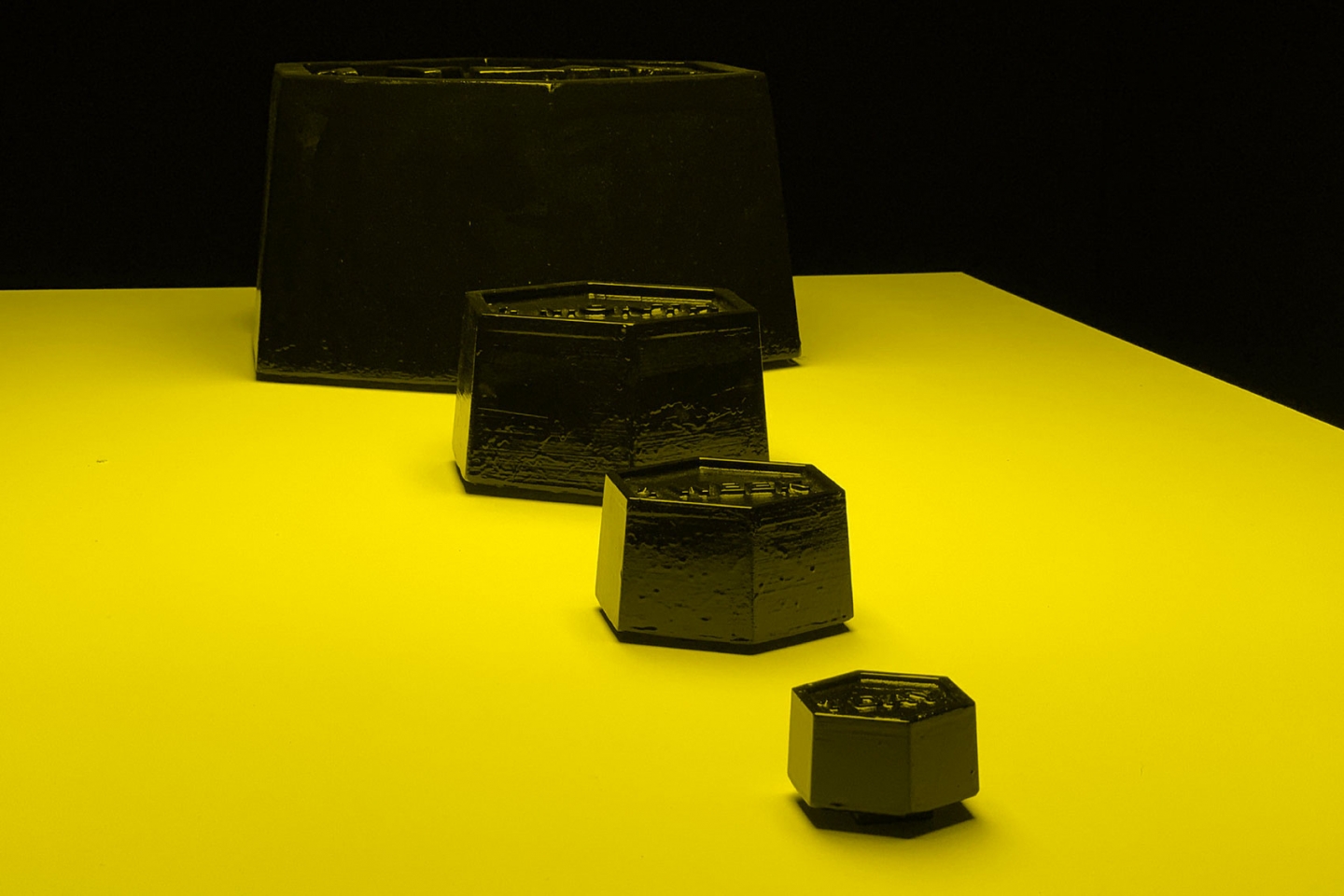 In 1940, R. Buckminster Fuller introduced the term “energy slave” to describe the energy required to power the modern lifestyle [1]. The concept “energy slave” refers to the technological or mechanical energy equivalent to the physical working capacity of a human adult. The energy requirements for any lifestyle can be calculated as a number of “energy slaves” equivalent to the number of human labourers which otherwise would be needed to produce the same amount of energy. In 2013, it has been estimated that the average European employs the equivalent of 400-500 “energy slaves” 24 hours a day [2].

The Energy Slave Token consists of a series of weights made of bitumen, which are the energy equivalents to specific quantities of physical human labour time (ie. 1 hour, 1 day, 1 week, 1 month, 1 year, 1 life). This series of weights is designed to present the orders of magnitude that separate the labor power generated by our human bodies from the energy exploited mostly from fossil fuels which powers the technosphere. These open source tokens are designed to be easily replicated, used and distributed without restriction.