Presented by iMAL, in collaboration with Laser Talks, Leonardo.

Tickets are valid for all talks during the day.

Rediscovering a sensitivity to the world, to the beings and things that make it up, cultivating the art of observation. This invitation, as necessary as it is commendable, is on everyone’s lips. The manuals abound, from botany to landscape analysis anthropology or urbanism. But in these works, recommendations about observation methods are generally limited to a few pages of advice; as if the ways of building perceptive attention to the world were already acquired. However, this is a cognitive capacity that can be learned, cultivated and nourished. So, how to do it concretely? Where to start? Based on various projects conducted by the author - a bestiary of the Anthropocene, an ethnography of smartphone repair stores, an investigation of the current metamorphosis of the Alps - this talk will address the place of observation in contemporary technological and environmental change. And in doing so, it will discuss the importance of what anthropologist Anna Tsing calls "arts of noticing".

Nicolas Nova is a researcher, writer and design researcher. He is an anthropologist of technology active in the field of contemporary cultures, interaction design and futures research. His work is focused on observing and documenting digital and new media practices, as well as environmental changes. Using ethnographic approaches, Nicolas investigates everyday cultures to tell stories, and employs design techniques such as Design Fiction to explore the implications of social or technological changes. He is both co-founder of the Near Future Laboratory, a research collective based in Europe and California, and Professor at the Geneva University of Arts and Design (HEAD – Genève, HES-SO), where he teaches digital anthropology, ethnography and design research.

Overbooked, overfished and over controlled: the Mediterranean

What type of long-standing colonial convictions, inherent bias and violence persist in the Mediterranean? What does it mean to be a Mediterranean country and be denied access to your own beaches? What kind of architectures, man-made pollutants and strange creatures will appear in our homes as the sea rises and submerges coastal areas? What geopolitical problems surround the fibre optic cables that crisscross the Mediterranean?

The presentation will present the work artists who deploy critical imagination but also humour and rigorous research to envision the Mediterranean as either a complicated territory where various geopolitical forces collide or as a common project, a space to care for collectively and across nations. Together they will help us open up new scenarios of how to establish new relationships with the seas and oceans.

Régine Debatty is a curator, art critic and the founder of award-winning blog we-make-money-not-art.com. Since 2004, she has been writing and lecturing internationally about the way artists, hackers and designers use science and technology as a medium for critical discussion.

In an online streaming event, Eric and Isjtar present CREWs work past and future in the form of a lecture performance. Participants are guided through the CREW studio. Historical hardware artefacts developed by CREW are combined with XR techniques to draw a complex picture of CREW’s work, and how it relates to past, present and future forms of XR performance. After the lecture, participants are invited to an open discussion online.

Links for the lecture performance and the discussion :

Isjtar works as a media artist, electronic music composer and performer. A first-generation native digital artist, he uses the computer as chisel, stone and looking glass. His work is transdisciplinary, as such he excels in collaborations and art-science-technology crossovers.

Since 2019, Eric and Isjtar form the artistic heart of CREW together to plot and fill out CREW's artistic trajectory. As an experimental company, CREW seeks to make visible the ways technology changes us. The playground for sharing this immersive work with the public includes theatre, installations, and performances. These real-time creations anchor immersion in the here and now as the point of contact between humans and technology.

XR technology, as the latest instantiation of our escape into the virtual, has now reached a point from which we are no longer bound to our physical bodies, substituting conscious experience of our physical environments for experimentally controlled, simulated, and multisensorial contexts. With its capacity to immerse its users while offering an embodied sense of presence, it has great potential to simulate existing, or create new musical contexts enriching for embodied and collective music making. This presentation will give an overview of scientific and artistic research into the dynamic and coregulatory processes underlying music making, to answer fundamental questions regarding the technologically-mediated nature of musical expression and experience in XR. It aims to provide a basis for the extended musical space, in which composers, performers, spectators, and participants can explore, discover, and co-create the fertile dynamics and meaningful engagements of making music in XR.

BIOGRAPHY
Bavo Van Kerrebroeck is a researcher in the fields of embodied (musical) interaction, extended reality and human-computer interaction. He works with extended reality and audio spatialization technologies to enable and investigate the dynamical processes underlying coordination between musical players. For this purpose, he develops enriched and mediated musical contexts in which people and machines interact and can meaningfully express themselves. He is currently finalizing his PhD at the Institute of Psychoacoustics and Electronic Music (IPEM). His work has been published in the Frontiers and Computer-Human Interaction journals and has been presented at ISMIR, ICMC and Expanded Animation at Ars Electronica.

ANIMA - The Use of AI for Identity Models

AI can be used to create, alter and deceive identities. Using this technology as a metaphor for questions of agency, constructivism and personality models is a continued interest of Alexander Schubert - leading to the current music theatre work ANIMA™

Alexander Schubert (1979) studied bioinformatics, multimedia composition. He’s a professor at the Musikhochschule Hamburg. Schubert’s interest explores the border between the acoustic and electronic world. In music composition, immersive installation and staged pieces he examines the interplay between the digital and the analogue. He creates pieces that realize test settings or interaction spaces that question modes of perception and representation. Continuing topics in this field are authenticity and virtuality. The influence and framing of digital media on aesthetic views and communication is researched in a post-digital perspective. Recent research topics in his works were virtual reality, artificial intelligence and online-mediated artworks.

Schubert is a founding member of ensembles such as “Decoder“.

His works have been performed more than 700 times in the last few years by numerous ensembles in over 30 countries.

The growth of XR (Extended Reality) scenarios (Augmented & Virtual Realities, Metaverse...), raises serious social and cultural issues. The Realities in Transition project aims at addressing these by thinking and promoting a common, open and sustainable XR, at a European level.
To do so, the activation of an active, thinking Creative and Activist European XR community is needed.

The project will produce: 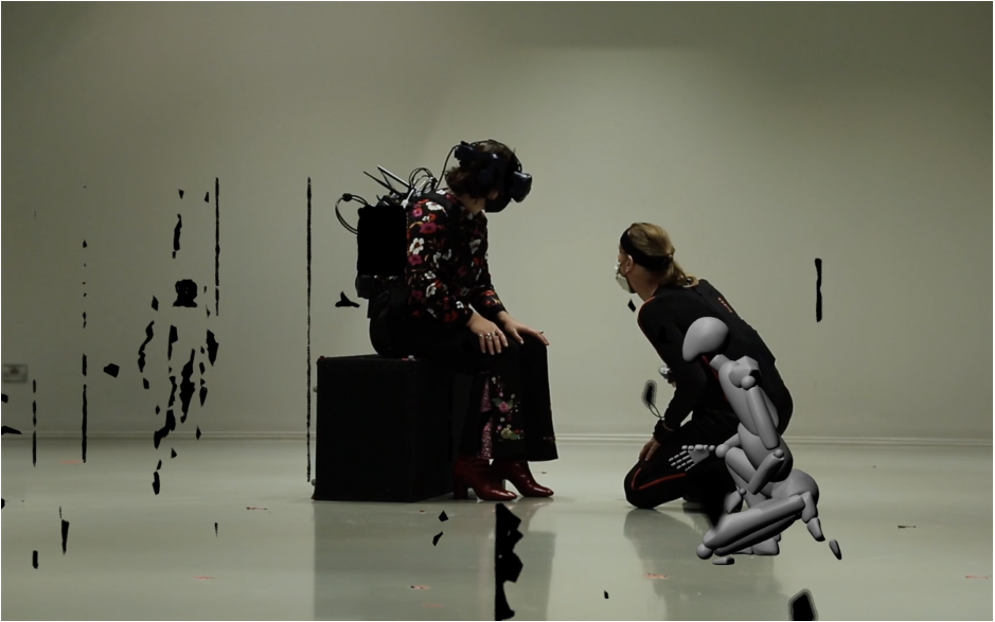 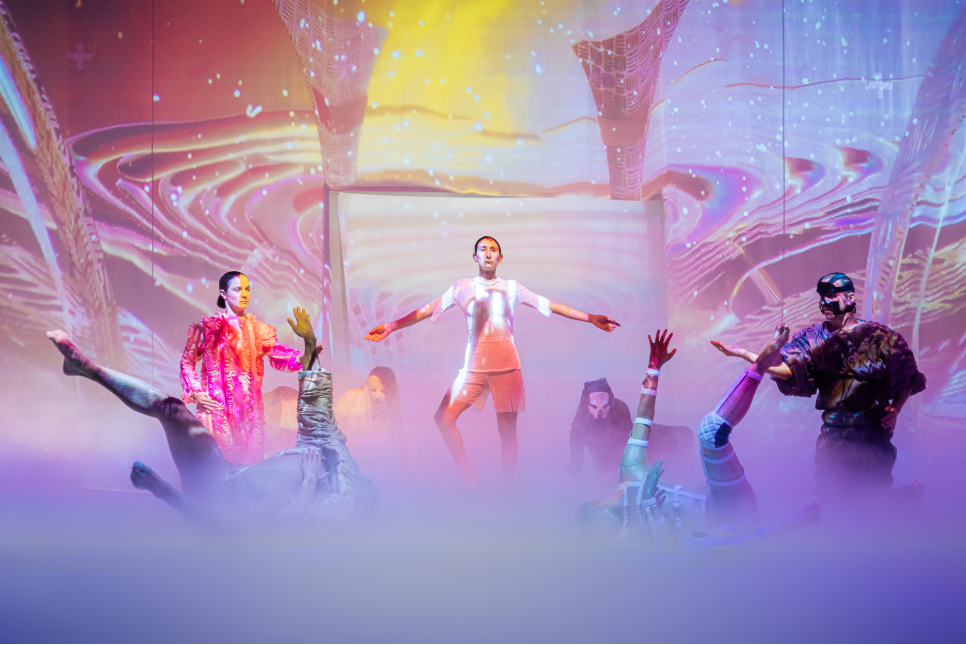 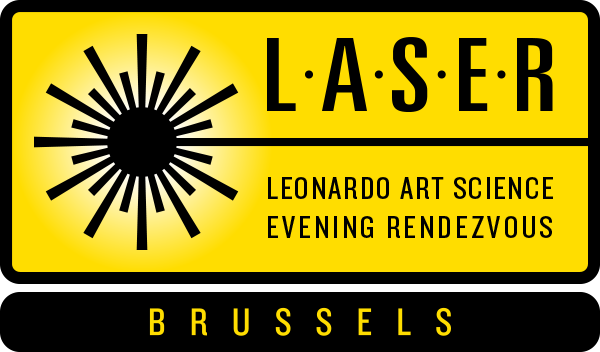