Life on Earth originated in an intricate dialogue between light and soft matter. In a series of experiments that we initiated with chemical engineer Guillaume Schweicher https://chimpoly.ulb.be/guillaume-schweicher, we will reveal how light can stir a liquid crystal solution and induce a state of life-like self-organisation. A feedback system arises, whereby a laser beam is restructured during its journey through a light-sensitive fluid, which is reciprocally transformed along the beam’s path. The passage of light simultaneously generates a large-scale projection of these microscopic flow patterns, which are finely traced by hollow glass microspheres suspended in the liquid.

During the workshop, different wavelengths and intensities of light will be used to activate a variety of fluid dynamic phenomena. Further experiments will be conducted in order to synchronously sonify these emerging interactions. In the last phase, participants will be encouraged to stage their own experiments.

Dmitry Gelfand (b.1974, St. Petersburg, Russia) and Evelina Domnitch (b. 1972, Minsk, Belarus) create installations and performances that merge physical phenomena with uncanny philosophical practices. Current findings, particularly regarding wave phenomena, are employed by the artists to investigate questions of perception and perpetuity. Such investigations are salient because the scientific picture of the world, which serves as the basis for contemporary thought, still cannot encompass the unrecordable workings of consciousness.

Having dismissed the use of recording and fixative media, Domnitch and Gelfand's installations exist as ever-transforming phenomena offered for observation. Because these rarely seen phenomena take place directly in front of the observer without being intermediated, they often serve to vastly extend the observer's sensory envelope. The immediacy of this experience allows the observer to transcend the illusory distinction between scientific discovery and perceptual expansion.

No specific knowledge or requirements are needed 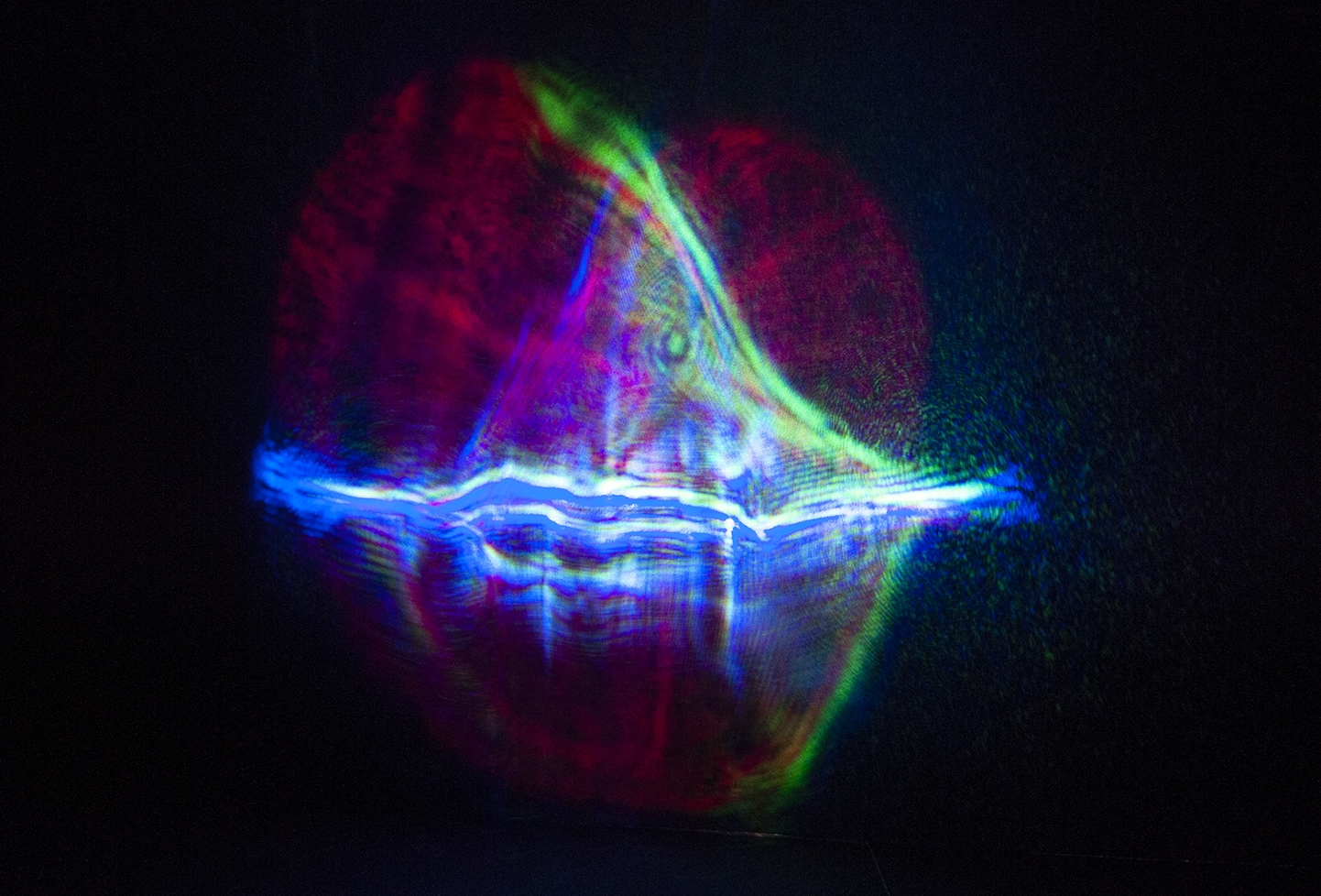